Steve first fell in love with Hard House back in 2002 and taught himself how to mix soon after. A year later he played his first London gig at The Purple Turtle. After that he quickly had the attention of Will Patterson, Frantic promoter and gained regular Frantic slots at Hard House Academy, Timeless and MORE. It was at the time that he picked up residencies for London's number 1 afterparty, Twist and Byte at The Purple Turtle.

Since then he has played at some of London's most respected nights including SNAT, Insekt, Heat, Bedlam, Terminal and Summit. The summer of 2006 saw him return from Brazil after playing 4 gigs over 10 days.

More recently Steve has gained more and more recognition for his warm up sets, having been into a funkier sound since he started mixing,(as every good Dj should know how to warm up properly) Steve has decided to elaborate and has been busy working on some fresh funk of his own. Watch this space!

Steve's first production was a collaboration with George-E and DMF which was signed to Hardsounds. Since then he has worked with Alex Calver (WMD),Frank Farrell, Paul Maddox, Dave Owens and Sam Townend and has had tracks signed to Do not Bend, Toolbox, Flashpoint, Deprivation and Feersum.

His tracks have had been supported by many of hard dances most respected names including Andy Farley, Paul Glazby, Justin Bourne, Karim, Ian M, Ben Stevens and James Nardi. 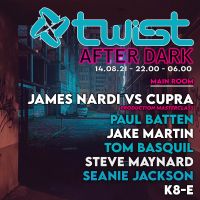