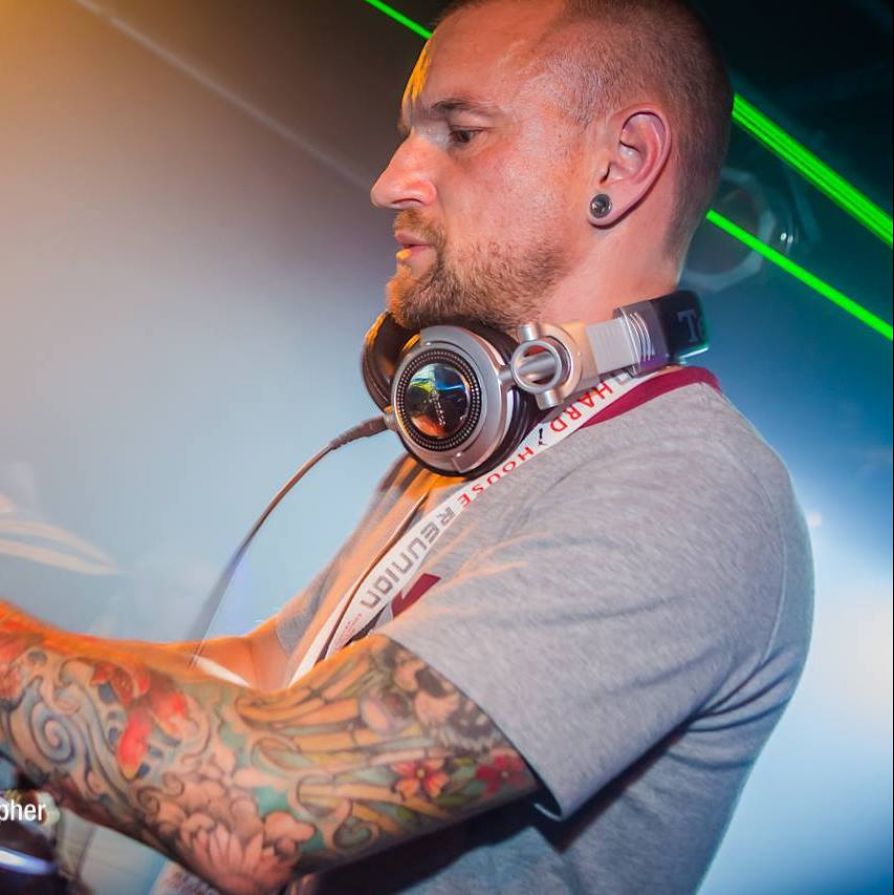 We talk to Paul King

When it comes to hard house producing there are a few names that are definitely synonymous with the genre; Paul King and his alias's have a back catalogue that forms part of the backbone and foundation of the hard house scene. Proving that you never retire from hard-house, (you merely pause for a while to catch your breath), Paul's four year retirement from hard house was just such a pause and since 2012 he's been pushing out some "Fantastic" stuff.

Representing Vicious Circle in the Hard House Heavyweight showdown event at Union on Friday 9th May, Paul's Pants & Corset could potentially knockout Knuckleheadz from the Tripoli Trax corner as Mr King hits the decks. Ahead of that, we caught up with Paul where he took sometime out of his holiday to answer a few questions for us. In fact we got a bit carried away and ended up asking him lots. So this interview will be in two parts, part two next week.

Q: Thanks for talking to us from your beach towel in Barcelona, nice tan by the way. What was your first clubbing experience (as a clubber)?
A: As far as I can remember it was at the Magnum club in Southampton when I was 16. I don't think it's there any more, but I went on to become one of it's main residents.

Q: How did that first experience of provincial clubbing progress to Hard House?
A: Chris B asked me to do a remix of Black Box in that style and I just kept doing remixes and then went on to produce my own tracks.

Q: You studied music at Southampton University, was your intention at that time to go into producing dance music?
A: Well I was always interested in electronic music. I was, and still am, heavily influenced by Jean-Michel Jarre, Kraftwerk, Tomita, Depeche Mode, Yazoo and Tangerine Dream. Originally I wanted to produce more avant garde music, and more experimental but I enjoyed making dance music and so just carried on.

Q: What came first, DJing or producing?
A: Producing. I have always made music since I was 5. I don't think I will ever stop.

Q: Tony de Vit said of you that you were "one to watch". How did you first meet TDV?
A: I met him in Trade. I think I still have a copy of Mixmag with Me, Tony and Chris B in it. I learned a lot from him, not only producing but in his mixing style.

Q: How did your involvement with Tripoli Trax come about?
A: At the time I was producing a lot of music. Tony couldn't keep it all on TDV so Tripoli said they'd have2 tracks from me. F1 is shortened from Format One.

Q: You have a few aliases, F1, Trauma, Format One, Control Freakz, as well as a collaboration aliases as Pants & Corset and Terrance & Phillip. Please could you give a brief description of the differences between your aliases?
A: F1 is a bit lighter and bouncy. Trauma was always harder. Format One was my original alias and only ever used on TDV and was supposed to be quite tough, but looking back I think the Trauma stuff is harder. Pants and Corset was always about making something new from something old but I would say that most of the creative input came from my end. Terrance and Phillip was my collaboration with Paul Janes but we always worked one different tracks.

Q: Where does the name "Terrance & Philip" come from?
A: South Park

Q: Which of your own remixes or produced tracks is your favourite?
A: Thats a hard one. I don't think I have a favourite. I look back on old tracks and like the arrangement, but I'm always trying to push myself to do something new. I have a fondness for Incisions – Beyond Motion and Paul King vs Pulse Fiction – Sucka Ma Foo

Q We were at your "retirement from hard house party", Trade in Manchester in 2007. What was behind your decision to retire?
A: I think then I was tired of being pigeon holed. I would try and change my style for a remix and people would come back and say they wanted it done the old style. As a producer you are always trying to move forward. Also I was chasing money more than I was producing, and there was not inspiration in the scene.

Q: Of course, hard house is only one genre you are known for, you've continued with your Electro and Tech House projects. One such project Dirty Ghetto Princess (DGP), tell us more about that?
A: I love EDM and was more interested in that style as a producer than hard house. It was a logical progression for me at that time and one that pushed me to try something new.

Q: In 2011 you started working within hard house again (much to the delight and relief of many, it has to be said). Why the change of mind?
A: I started on a few tracks for Digital Frontiers as a side project. By the time I had 4 I thought I might as well make an album lol. I stopped for a bit after that, and went back to tech house. I started producing hard house again the tail end of 2012 to do the Fantastic remix.

Q: We are really looking forward to seeing you play at the Tripoli Trax vs Vicious Circle event in London on Friday 9th May. Will you be playing purely Tripoli Trax classics or will we get to hear some of your new material?
A: There is too much new material for me to play so it will be a mix.

Q: Talking of new material, seems you have been quite busy in the studio, what have you been up to?
A: Well apart from Fantastic and Bad Boy with Lucy Fur, there are tracks out now with Ben Stevens "Freak The Funk" and Kirsty Lee James "Bitch Got Hit". There's a new F1 track "Motherfuckintwisted" and F1 vs George E "Resurgence" on Tripoli, a new EP with Lucy Fur, Kirsty Lee James, Kym Ayres and Jo. Also tracks with Andy Farley and BK are in the pipeline, plus a new hard house album and another non-hard house album.

Q: There are some great new hard-house tunes coming out at the moment, in terms of newer producers who would be "your one to watch"?
A: To be honest I haven't really been paying attention to anyone. I have had my head in a bucket for the last year. I'm loving Lucy's stuff at the moment.

Q: In your view is there an original hard-house track that should never be remixed?
A: There are a few but I think they've already been murdered lol.

Q: Is there a recent pop track that you'd consider remixing into a hard house / hard dance version?
A: I don't listen to pop music.

Q: Do you have a preference of mixing on vinyl or CDs?
A: I prefer vinyl for sound but cd for convenience.

Q: As a DJ, do you prefer the big full production 2000 capacity main room type events or a more underground intimate venue?
A: I prefer smaller venues. I think generally you get people who are more interested in the music at smaller events.

Q: What's your view on back 2 back sets?
A: I don't mind them, but they have to be long because otherwise you only get to play 3 records each (well you do if it's one of my tracks lol)

Q: How would you make the hard house scene more accessible to the masses, and would you want to?
A: I don't think hard house is for the masses. It works better as an underground genre. I think that's one of the reasons I retired from it. Everyone and their nan was making hard house. It dilutes the music and ruins the scene.

Q: In your mind, what are the essential ingredients to a successful hard house event?
A: Good DJs, good music, good clubbers, good venue.

Q: What's the one track to get you onto the dance-floor?
A: I'll let you know when it comes on.

Q; If everyone had to see one film in their life times, which would you say it would be?
A: Cloud Atlas or Labyrinth

Q: As a resident of Manchester, if you had to run an insiders tour of Manchester what would you include?
A: I've only lived here a year so still trying to find out stuff myself. Would definitely include Reds BBQ and Almost Famous lol

Q: What was the last album you bought?
A: Above & Beyond – Acoustic and Berlin Philharmonic – Schubert's complete symphonies.

Q: What was the last concert/gig you went to see?
A:Depeche Mode.

Q: So you won't be a judge on Simon Cowells new DJ talent show "Ultimate DJ"
A: Eh, no.

Part two next week - Paul King - My Life According to Hard House.