ilogik started dj'ing around 1989 after seeing a dj called dj herbie at an acid house club club in Sunny old Bradford. He wondered how on earth the dj was mixing and the speed was staying the same so i went over and looked and saw that he had a pitch control on the turntable. The rest is history. He got his first set of 1210's and then got a 3rd one and then a 4th and now here he is..

He started out playing hip hop and Italian House and then got into early hardcore (whats known now as oldskool now) playing stuff on labels such as suburban base, impact , reinforced , moving shadow. From here he got into happy hardcore under the name E-logic and this is where he stayed for a few years. He produced hardcore tracks for a number of years for Essential Platinum which is Dougals label and his first hit was called "kick your legs" which samples the strike "your sure do" vocal with great affect. Ilogik Secured a residency at the legendary Asylum club at Bowlers in Manchester and found himself playing all over the country and all the top rave events.

Ilogik then made the switch from happy hardcore to hardhouse. This happend at the legendary Sundissential club. He went with some friends and loved the music and found it very similar to hardcore in many ways. From here on he knew hei wanted to play hardhouse so thats what he did. He started making hardhouse tracks and his first one was "Make it happen" which launched his Elasticman Label to great success
As one of the most consistant and in demand Hard Dance djs and producers in the world ilogiks success owes much to his innovative and uncomprimixing syle not only with his music but also with his turntablism skills. He is an inspiration to many.

Ilogik is one of very few djs in the world to push the boundries of mixing and do as much as posssilbe behind the decks, untilise every knob on the mixer but at the same time be as seemless as possible in the mix as most of you know who have seen ilogik dj.While so many djs and producers have got loast saturating themselves in current styles and trends ilogik has kept his defining sound and style of mixing. He always endevours to push the boundaries in search of new unique sounds and constantly welcomes new technology and as a result of this is 2 steps ahead of the pack.

Not content with mixing cds and vinyl ilogik again emraced technology and pioneered a whole new concept of entertainment which only a few are doing worldwide in all scenes, ilogik is the only harddance dvj and was the first hardance dj to do so. Using the revolutionare Pioneer dvj-x1's he manipulates video images and syncronises them to the music giving the clubber the ultimate experience so rather than the fosus on just dj'ing its on a full performance.

More recently since the emmergance of the pioneer djm800 mixer ilogik shows why he has been labeled the most technical hard dance dj on the circuit showcasing the mixer and utilising it with the cdj1000 to its full potential. What will the future bring to this ever evolving dj? 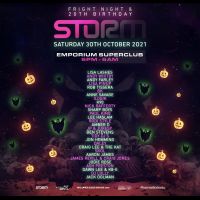